“Whether you choose to become a teacher, a police officer, a doctor, or even the mayor of the greatest city in the world, your experiences as an Eagle Scout will prove invaluable.”

This week, the Center for an Urban Future released a tremendous report on the sorry state of infrastructure in New York City. While acknowledging the tremendous strides the City has taken in the past three decades (thanks to enormous public investment), CUF concluded, “too much of the city’s essential infrastructure remains stuck in the 20th Century—a problem for a city positioning itself to compete with other global cities in today’s 21st Century economy.”

The truth of this statement was once again tragically made clear he following day, when two buildings in East Harlem exploded. The expected cause: a gas leak from a cast iron pipe buried beneath Manhattan streets for over 125 years.

While the precise cause is not yet known, it is potentially the latest (and deadliest) example of our continued abandonment of infrastructure. In January, a 140-year-old water mane burst on 5th Avenue, disrupting subway lines and leaving a crater in the middle of one of the world’s most famous boulevards. Even before Sandy, the Straphangers Campaign found that over one-third of preventable delays on the NYC Subway was caused by the malfunction of 70-year-old signals.

If we know that infrastructure is a growing concern—one that affects us on a daily life in potentially catastrophic ways—what keeps us from investing the way we should? Many reasons, but the one that I want to focus on today is the public’s lack of understanding of how our infrastructure works and, in turn, how that ignorance contributes to a citizenry ill-prepared to grapple with aging tunnels, switches, and streets.

In The Works: Anatomy of a City, Kate Ascher describes in vivid, colorful detail the wonders of New York City’s transportation, communication, utilities, and sanitation infrastructure. While I can cop to being an infrastructure nerd, the truth is that everyone who I’ve watched open the book on my coffee table is floored by what is beneath our streets and anxious to learn more.

Of course, we shouldn’t wait till our citizens are adults to have them understand the intricacies of our infrastructure. Instead, by cultivating knowledge and interest early, we can develop citizens already well-versed in how their City functions, and, we hope, ready to do what it takes to keep the trains running, the water flowing, and the for generations.

Enter City Scouts: a co-ed program designed to get urban kids involved in their communities. City Scouts would not focus on outdoor survival skills like traditional Boy/Girl scouts, but would instead dive headfirst into the nitty gritty of the urban environment, albeit the same emphasis on community service and personal growth. 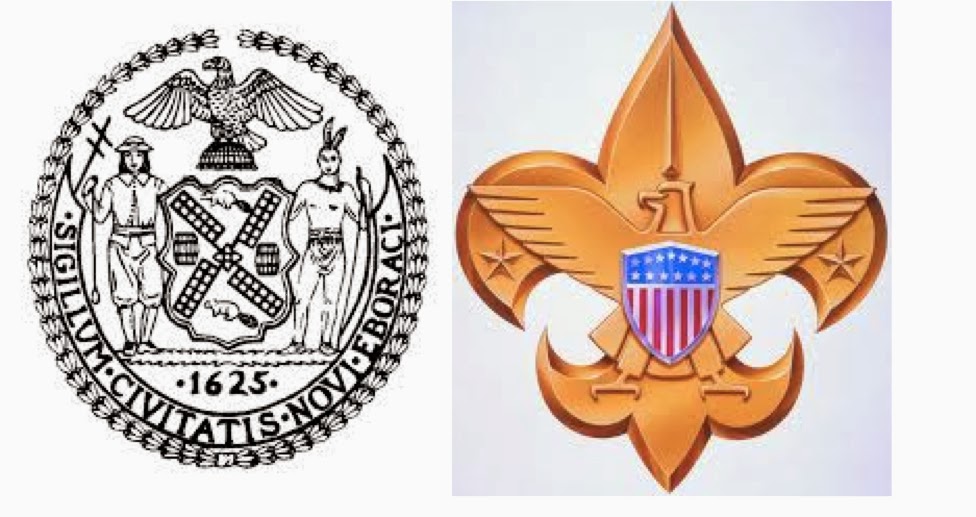 "Badges" would be earned less by proving life skills in the wilderness and more by projects associated with the City (think: FDNY, NYPD, Nursing, Water Tunnels, MTA, Parks, etc.).

Once troops are up and running in every borough (requiring significant philanthropic support—I’m looking at you, Mayor Mike and David Rubenstein!), City Scout troops would develop partnerships with nearby Boy/Girl Scouts so that that kids from different backgrounds could come together to share their skills/worlds with each other.

The long-term goals of the program are as follows:

1)    To instill a love of the City and an understanding of what makes it run so that the next generation of New Yorkers is full of citizens who understand the invisible backbone of Gotham—the magic of the Water Tunnels, the miracle of the subways, the mystery of the communications network.

2)    To inspire a generation of Americans to view service to their communities as an essential component of good citizenship.

3)    To bring kids together from all different types of backgrounds so that they can learn from each other’s skills and forge bonds that will, over time, prevent the parochial politics that has long infected generations that have come before them.

City Year provides a clear example of the pent-up demand of America’s youth for an opportunity to serve their communities and their nation by living and working in our urban cores.

City Scouts is a natural extension of the same idea—an opportunity for America’s youth—the leaders of tomorrow—to understand and appreciate what makes their neighborhoods work and answer the call to serve.

As the late Senator Lloyd Bentsen, Jr. (D-TX) once said, “I have never forgotten my days as an Eagle Scout. I didn't know it at the time, but what really came out of my Scouting was learning how to lead and serve the community. It has come in handy in my career in government.”
Posted by Andrew L. Kalloch at 3:00 PM