Enon: Dimensionality, Time, and the “Awful Miracle” of Life

“Even as our own universe settled down to a comfortable homey expansion, the rest of the cosmos will continue blowing up, spinning off other bubbles endlessly, a concept known as the multiverse.”

In 2010, Paul Harding—a native of Wenham, Mass.—won the Pulitzer Prize for his debut novel, Tinkers. It was an unlikely victory, to say the least. After years of receiving rejection letters from publishing houses—many of whom, in Harding’s words, wondered if he understood “the pace of life today”—Tinkers was published by tiny outfit Bellevue Literary Press.

This week, I picked up Harding’s second novel, Enon, for no other reason other that the fact that the novel was set in Wenham, the sister town to my hometown of Hamilton, Mass (referred to, in the novel, as Hillham). It is a funny feeling to intimately know the seemingly fictional places Harding describes (the Tea House, William Fairfield Drive, Peter Hill, the golf courses, Enon Lake, the canal) and to have taken part in many of the traditions referenced in the book (the Memorial Day parade from the Civil War Monument to the cemetery and back evoking the most visceral memories). 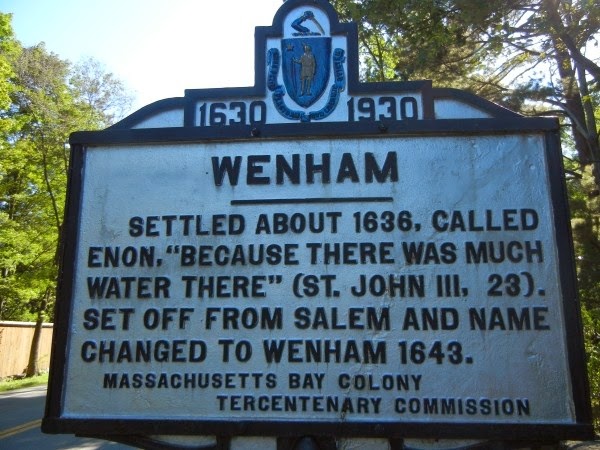 Whether you feel those nostalgic sentiments or not, Enon challenges our vision of the world as being a unitary whole, and instead insists on the multidimensionality of time and space.

“Just beneath our feet, on the other side of the surface of the earth, there is another, subterranean Enon which conceals its secret business by conducting it too slowly for its purposes to be observed by the living.”

That “other” Enon is itself, multidimensional. “[T]hat old earth…the cross sections of years and centuries and generations, folded up into the curled layers of prehistoric winters and antique summers.”

It’s an image that comes naturally in small, New England towns, where the weight of history is acutely felt in a way that never can be in a metropolis that is constantly reinventing itself (like New York) or a young city at the edge of a continent that remains, to this day, on the frontier (like San Francisco).

In Massachusetts, town after town greets natives and travelers alike with the same signage, proudly announcing—in understated but no uncertain terms—the town’s date of incorporation (which is almost invariably before the founding of the American Republic). Indeed, if population is the hallmark of the town lines of the Plains and the Rockies, in New England, it is history and time.

My mother often said that the afterlife is another dimension and that her loved ones communicate with her through space time in the form of birds that come to frequent our backyard feeder (I’ve asked Mom—if indeed she has the choice—to return to me in the form of the black-capped chickadee, the official bird of the Commonwealth). It’s a comforting concept, albeit one that I’ve never had the spiritual stomach to truly believe. And yet, it seems eminently believable—scientific even—in the wake of both our continued discoveries regarding the origins of the Universe and the magnetic pull of history.

For some of us, that pull is so profound that the reality of existence in our given moment seems wrong. As the protagonist of Enon describes it, the fear of falling into the “old earth” described above was that the odds seemed so impossibly slim (“one in a million or even slighter”) that one would reemerge in the right place at the right time and not be “hoisted from the ground a dead Puritan or quadruped fossil.”

But if that is indeed true, then it would seemingly follow that those who do “fall” into tears in the space time continuum are, more often than not, spit out into a world far removed from their soul’s internal clock.

Despite this possibility, Enon challenges us to view the “curse,” “condemnation,” and “provocation,” of having been “conjured up from a clot of dirt and hay and lit on fire and sent stumbling among the rocks and bones of this ruthless earth,” as a miraculous opportunity to be present in whatever moment you happen to find yourself, and to simply and unabashedly feel.
Posted by Andrew L. Kalloch at 8:30 AM