What it Means to be #1: Happiness and Social Policy

Nevertheless, on one of the more common metrics used to determine the prosperity and halth of a nation—the Gross Domestic Product (GDP)—the U.S. actually came out on top during the same period, as the American economy significantly outperformed the French. 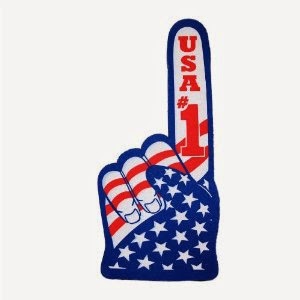 In recent years, researchers have prodded cities and states to step away from the traditional measures of prosperity and embrace tools to measure overall “happiness”. In December 2013, the National Academy of Sciences issued a report calling on governments to ask citizens a series of questions related to their happiness and to use the results to shape social policy priorities and prescriptions.

This type of survey—which began in the small nation of Bhutan in the early 1970s—has spread to other nations, like the U.K., France, and Canada, all the way down to the local level, as in Somerville, Massachusetts.

In New York, Megan Golden (NYU) and Liana Downey (Liana Downey & Associates) wrote that the de Blasio Administration should pilot a happiness survey to determine “whether some groups are struggling more than others, where problems are concentrated, and what conditions affect New Yorkers’ happiness the most.” This pilot would borrow from the Centers for Disease Control and Prevention, which already surveys Americans every four years about health and life satisfaction, as well as “Measure of America”, a project of the Social Science Research Council.

Of course, measuring happiness is easier said than done. As with any broad survey, getting a representative sample is a challenge, particularly in a City like New York, where many are often wary to respond to formal government surveys (see: New York’s experience with the 2010 Census). Furthermore, since most people filling out the survey have different definitions of happiness, questions that seek to gauge the subjective mindset of any population may be inherently suspect.

An even more fundamental question exists, however. And that is whether happiness, however defined, should be the goal of social policy in the first place. As David Brooks wrote this week, “Happiness wants you to think about maximizing your benefits. Difficulty and suffering sends you on a different course.”

No, Brooks is not advocating for a political system that promotes difficulty and suffering. But he’s also cautioning against viewing certain types of suffering as in need of eradication. To put it in concrete terms, suffering that flows from hunger, disease, violence, or neglect carries no short or long term benefit (much to the contrary), whereas the pangs that come with failure, the loss of a loved one, or can make us fuller people—changed souls, rather than shattered ones.

Ultimately, since that the unique number of paths to happiness is roughly as numerous as the number of people alive, the Framers probably got this one right—namely, that the government’s role is to ensure the foundational elements necessary for the pursuit of happiness (food, shelter, health care, employment), leaving to the individual citizen to decide how to chart his own course toward that seemingly universal goal.
Posted by Andrew L. Kalloch at 8:00 AM