Climate and Community: Solarize, Mosaic, and Economies of Scale

“Economies of scale are a good thing. If we didn’t have them, we’d still be living in tents and eating buffalo.”

This weekend, the Globe highlighted Solarize, a pilot program that encourages development of residential and business solar arrays by taking advantage of economies of scale to drive down cost.

Since Beverly High School installed solar panels in 1981 (see image), the North Shore has been at the cutting edge of renewable energy installation. It comes as no surprise, then, that Round 2 of Solarize includes the North Shore communities of Salem and Swampscott, which together have signed up so many people that they have reached “Tier 4” (of 5) status, meaning additional savings for participants in the program and an even greater snowball effect to encourage neighbors to join the movement. Other cities and towns across the Commonwealth are also taking part in the current round, from Andover to Egremont. 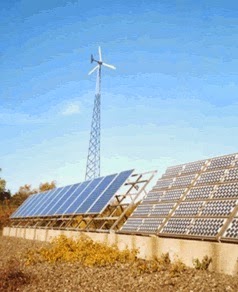 In 2011 and 2012, Solarize Mass led over 900 residents and business owners in 21 communities to install over 5.6 megawatts of solar electricity. The 10 cities and towns that participated in Round 1 of 2013—including my beloved Lee, Mass.—added another 3800 kilowatt hours of solar capacity.

This type of community-oriented green energy strategy has emerged with force in recent years. In particular, Mosaic, an investment platform that uses a crowd-funding model to finance solar farms across the country, has showcased the incredible potential of leveraging the pent-up demand for renewable power by bringing individuals together.

From the installation of 47 kWh of solar through Oakland, California’s Youth Employment Partnership (6.38 percent yield) to powering New Jersey’s Wildwood Convention Center (4.5 percent yield) and creating a solar roof on a school in Connecticut (5.5 percent yield), Mosaic has already provided a mechanism for thousands of Americans to directly invest millions of dollars in solar projects in their backyards and across the country.

The uptick in community-based economies of scale is not only spurring green energy (and in turn, reducing carbon emissions), it is also being used by Google to promote high-speed fiber Internet connectivity in cities across the country. Google Fiber expands to “fiberhoods” if/when communities secure enough signups to make the construction of the infrastructure economically viable.

Of course, this model has its pitfalls, particularly when it comes to ensuring access to new technologies across the income spectrum. As Newsweek noted last month, when Kansas City’s fiberhoods were unveiled in 2012, “the online map of fiber-hoods was largely divided by lines like Troost Avenue,” a street that for generations has separated affluent white families to the west and poor families of color to the east.

This outcome was not for lack of trying on Google’s part. As Newsweek stated, the company offered lower-speed broadband service on a monthly payment plan, partnered with community organizations on outreach, and hired people to canvass poor neighborhoods, sometimes with free ice cream. And yet, the divide remained.

This fact should not dissuade us from using community-based economies of scale to nudge neighborhoods toward taking up innovative technology. Rather, it simply highlights the fact that the State must do even more to subsidize the use of green tech in poor communities, many of whom stand to benefit disproportionately from its effects (such as reduced emissions).

In Massachusetts, this means expanding Solarize from the relatively wealthy communities that it has targeted thus far, to communities across the income spectrum—from Lawrence and Lynn to Springfield and Southbridge. It also means changing regulations to allow individual investors to pool resources through platforms like Mosaic.

While Congress dithers on climate policy (and tries to block the President’s historic regulatory efforts related to power plant emissions), communities across the country are hungry to support grassroots efforts to rid America of dirty energy and do their part to make the U.S. a leader in the green tech economy of the 21st century.
Posted by Andrew L. Kalloch at 8:00 AM